The Ultimate Fighter (TUF) is an FX Network reality TV series based on mixed martial artists competing to win an Ultimate Fighting Championship (UFC) contract. The latest season, the show’s 17th, features 16 contestants residing together in a Las Vegas, Nevada mansion, who are divided into two teams coached by John Jones, the current Light Heavyweight champion and number one contender, Chael Sonnen. 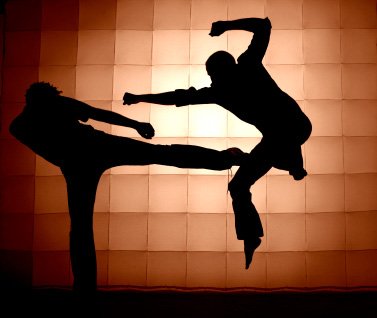 Premise of The Ultimate Fighter

The show follows the group as they train, prepare for fights, and ultimately compete against each other. The contestants are always under the strict supervision of two successful and well-known UFC fighters and often their personal training staff. For many contestants, they endure some of the most difficult and demanding training of their lives.

Determination, the will to succeed, and a chance at a $100,000 contract drives these young, phenomenal athletes, each of whom carries valuable knowledge and experience in a wide range of mixed martial arts, typically including judo, wrestling, boxing, Brazilian jiu-jitsu, kickboxing, and karate.

Background & History of the Show

TUF has undergone several format changes since its beginning, including the opening of the wildcard bout, which allows an impressive contestant who lost a close fight the chance to redeem himself. Many past winners have gone on to have successful UFC careers, some of whom have even reached championship level, such as Forest Griffin and Kenny Florian.

The series originally debuted on January 17, 2005 and there have been seventeen seasons of the show since, two per calendar year. Typically, each season features just one weight class for all of the fighters; however, some seasons have had two weight categories.

Season 17 aired February 2, 2013, when fighters competed in front the two coaches, Dana White, and for the first time in TUF history, family and friends to become a member of either Team Jones or Team Sonnen.

So far, the season is only three episodes into airing, but there have been several memorable moments worth mentioning. Such as Coach Jones taking the time to show his team that he’s serious about helping them develop into better fighters, by meeting with them at the mansion and spending time getting to know each of the guys. Coach Sonnen also appears to have a vested interest in his team, offering sound advice to fighters just prior to each fight.

In regards to spectacular fights, there was one that will go down in the annals of mixed martial arts history, and that fight of course is Uriah Hall vs. Adam Cella during episode 3. Cella managed to hold his own for most of the first round of the fight, though he was losing convincingly, then with just 5 seconds left on the clock, Hall caught Cella off guard by throwing a perfectly executed spinning hook kick that connected on the chin of Cella for the knockout. Afterwards, White visited Hall in the locker to shake his hand and admit he’d never seen a knockout that impressive throughout his years in MMA, also a TUF first.

Sonnen will challenge Jones for the Light Heavyweight Belt on Saturday, April 27th at UFC 159 in Newark, New Jersey.

Hi, I'm Chris and I enjoy writing about mixed martial arts news and taking karate in Chandler, AZ at Sandoval's Chandler Karate School, where I train with other adults of varying skill levels.

comments powered by Disqus
Recent Articles
Interested in Guest Posting?
You can write for us on sports.
View All Posts | RSS Feed